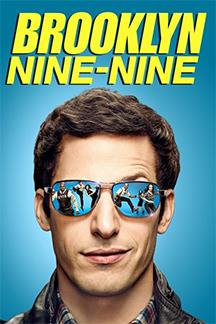 As autumn rolls around, the air becomes crisp, the leaves begin to fall, and the new seasons of your favorite TV shows premiere.

On September 27th Brooklyn Nine-Nine returns to FOX guns-a-blazing with fresh, witty comedy. The show which first aired on September 17, 2013, has drawn over 6 million regular viewers over its two seasons, and even more are expected to tune in to the long awaited third season.

Brooklyn Nine-Nine is set in the 99th precinct of the New York Police Department in Brooklyn and stars Andy Samberg, Terry Crews, Chelsea Peretti, Melissa Fumero, Joe Lo Truglio, Stephanie Beatriz, and Andre Braugher. The show highlights the wild escapades of the captain and various detectives, as well as the peculiar ways they go about solving cases.

The notorious prankster, Detective Jake Peralta, portrayed by Andy Samberg, left last season on a very perplexing note. His long-awaited romance with rigid Detective Amy Santiago, portrayed by Melissa Fumero, has finally heated up, and the finale of season two left us wondering if their budding relationship would ever blossom.

In the midst of all of this, the Captain of Precinct 99, Ray Holt, has just been unwillingly promoted due to the sabotage of his former friend turned enemy, Deputy Chief Madeline Wuntch, therefore, the position of Captain needs to be filled.

As the finale of season two came to an end, we were still left wondering who the new Captain would be, and as sneak peaks of the premiere were released, it was confirmed that none other than Bill Hader, will fill that role.

Hader’s character is a hotheaded workaholic who continues to manage his precinct through any situation imaginable. His extensive comedy background, including Saturday Night Live and Trainwreck, have prepared him for a role just like this, so big things are to be expected

Make sure to tune in to the season premiere of Brooklyn Nine-Nine! You won’t want to miss it!