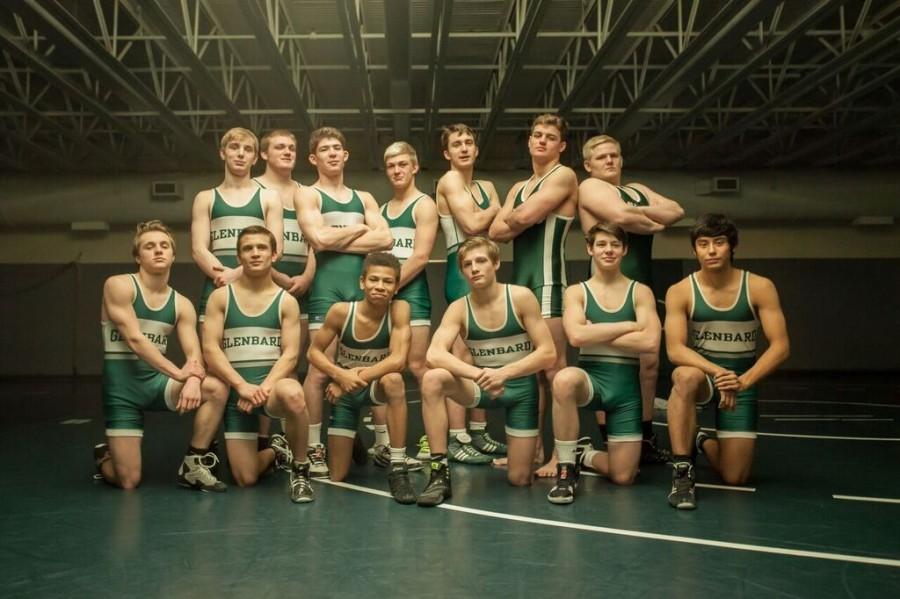 Boasting the top record in school history, the 2016 Glenbard West wrestling team aims to impress. The 29-3 Hilltoppers tied for conference with Lyons Township and Oak Park River Forest High Schools and placed themselves amongst the top teams in state. From the beginning, the Glenbard West Wrestling team prepared for success.

The weekend before Valentine’s day proved the Glenbard West squad planned on exerting their pressure once more. Overall, the team finished third in the Regionals tournament with Jack Vesevick, Matt Shoub, Darien Kaufmann, Charles Faber, Mike Lawson, and Catron Frazer all moving on to Sectionals by placing in the top three in their respective weight classes. Jack Vesevick, who finished first in the 182-pound weight class – regarding the team’s performance at Regionals – said, “Overall, I think we did really well. We got third place in Regionals, and I think a lot of guys are looking to do some damage at Sectionals.” 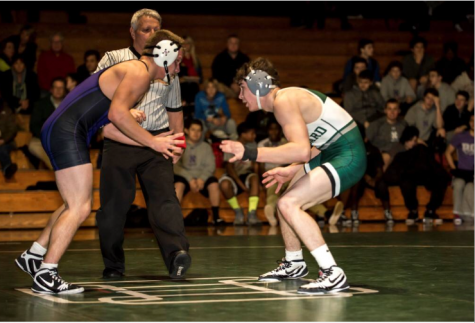 Over the Valentine’s Day weekend, the six Glenbard wrestlers still remaining definitely looked to do ‘damage’ at Sectionals as well. Four of the six wrestlers, including Mike Lawson, Jack Vesevick, and returning state qualifiers, Darien Kaufmann and Charles Faber, placed and have a chance to win at the State wrestling meets. Once again, the Wrestling team set another impressive record by sending four wrestlers -topping their previous record of three- to State.

Led by seniors Jack Vesevick, Darien Kaufmann, and Matt Shoub, the team defeated powerful adversaries and overcame very difficult odds this season, establishing themselves as the most successful team in school history. While many fans were surprised and astonished by their record, the team felt certain they could perform like this since the beginning. With the experience the team now proclaimed and the feeling of disappointment they had at the end of last year, Matt Shoub said, “We knew coming into the season that we were going to be real good, and we came in with a chip on our shoulder. We came in, right off the bat, and just dominated, going 7-1, 16-2, and finishing 29-3.” 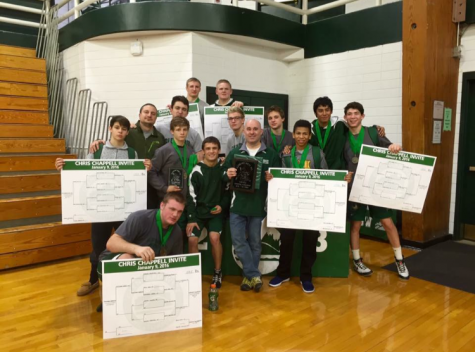 The team holds up their successful results at the Chris Chappell Invite.

The individual and team success could not have been accomplished without the coaches’ assistance in practice and the effort they put into the team. Head coach Posegay and assistant coaches Landi, Glazer, and Summerville all had a substantial effect on the team.

The coaches helped the student-athletes master their technique and fundamentals, which contributed to the team’s performance. Every single effort the coaches made had an astounding effect on the team, in which Coach Landi fully employs. Recalling the coach’s effort, Jack Vesevick and Matt Shoub both said, “Coach Landi probably watches the most film of any coach in the state.”
Whether or not it is true, all of the coaches certainly put all of their energy into making this team a success. 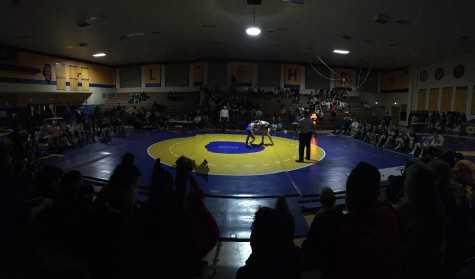 The single-most important factor to this team’s accomplishments can be due to the camaraderie and brotherhood in which this team exemplified. They all epitomized leadership and pushed each other to be better than the next guy. The team’s friendship allowed them to pursue not just individual success but the team’s greatness as well. As Matt Shoub described the team as a whole, he said, “We have such great chemistry… Before each wrestling meet, we are all laying down in the center of the mat – other teams will literally make fun of us – because we are just playing Uno.”

Not every senior’s wrestling career will end on the mats this season. Darien Kaufmann, a senior who wrestles in the 285-pound class, plans on taking his talents to Northern Illinois University to wrestle for the Huskies next year. Kaufmann can not wait to take his wrestling ability there and said, “It is a good atmosphere… The coaches really care about you. Like, they always call me and ask me how I am doing.” 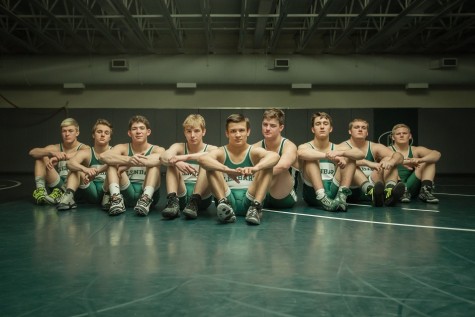 Even though not everyone plans on heading off to college to wrestle, the four State Qualifiers plan on dominating again at State this week. Good luck to them!