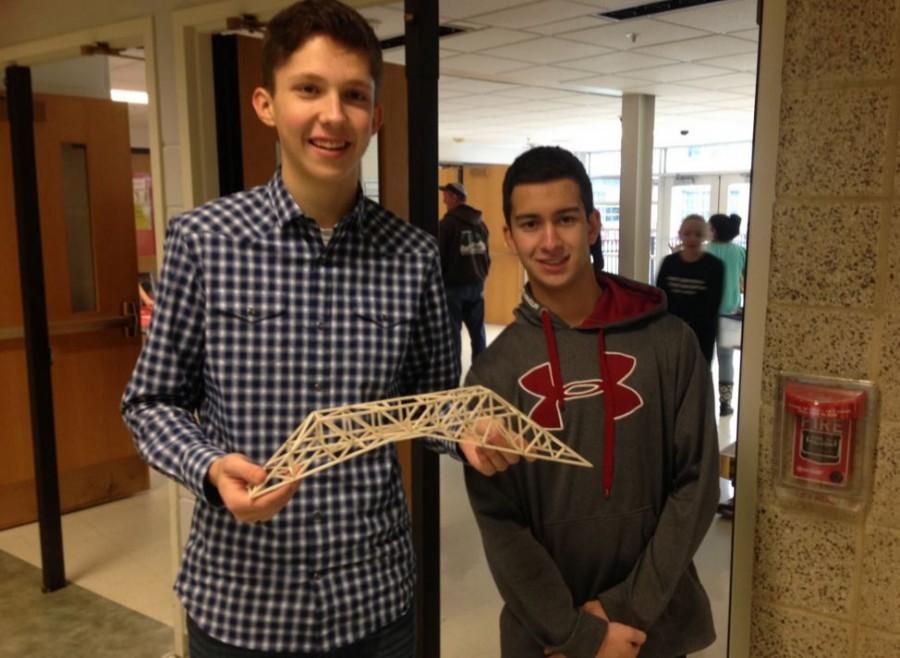 Before the sun had even risen on Saturday, January 30th, the Varsity Science Olympiad Team from Glenbard West arrived at Niles West High School for their second invitational competition. After the sun had set, the same team triumphantly returned to Glenbard West with medals from 10 different events.

Science Olympiad is a team of West students from all grade levels that competes in a variety of science-geared events, such as Astronomy, Bridge-Building, Chemistry Lab, and Protein Modeling. Approximately 30 students at West participate in this club, and the top 15 students make up the Varsity team.

After spending the day taking challenging tests and demonstrating their engineering capabilities at build events, the West team headed to the awards ceremony, where they placed 5th in Bridge-Building, GeoLogic Mapping, Protein Modeling, and Robot Arm. The team also won 4th place in Cell Biology, Chemistry Lab, Electric Vehicle, and It’s About Time. Finally, West won 1st place in Game On, an event where students design and test their own video game.

Many students on the team were elated with their performance, since they had improved from their first meet. Mr. Haswell, the head coach of Science Olympiad, shares this view.

“We showed definite growth in areas that we struggled with before. We did amazing in video game design [and] we had strong performances in many of the events,” he explains.

Other team members are focusing on Science Olympiad’s next meet, the Regional Competition at College of DuPage. “We only have 3 meets this year, so we’re trying to improve in every one, so we can do well at our last meet and make it to State,” team captain, Adam Grimm stated.

Based on the results of their last meet, Science Olympiad is definitely on the track to success! Hopefully, the team will qualify for State at their Regionals on March 12. Wish them luck!