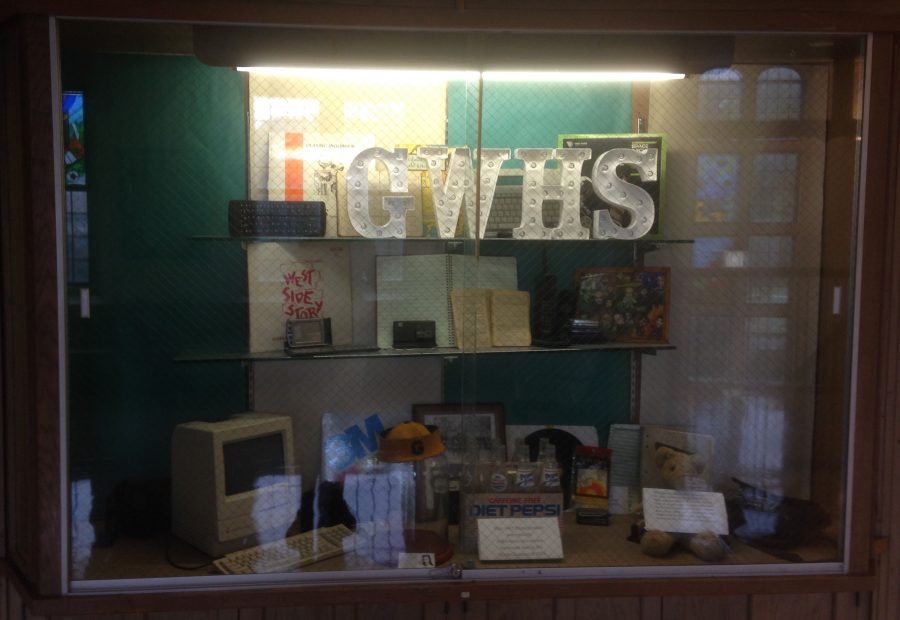 “Every year I’ve tried to build and build and build,” said Mr. Wiersum, club sponsor. “There are mainly 3 goals for the Historical Society: to know the story of the building, to honor and thank the faculty that have served here since 1919, and to acknowledge and honor the distinguished alumni.”

The club’s activities vary year to year based on what they want to emphasize about the school that year. Last year, the focus fell to showcasing artifacts and the evolution of certain trends throughout the years at west, as well as making an effort to create West history by starting the tradition of wearing Hawaiian shirts the day before spring break.

However, this year the historical society is striving to accomplish even more. For one thing, this turns out to be a significant year in Glenbard history as it marks the centennial anniversary of the founding of what is now Glenbard West High School. The Historical Society is contributing to the celebration by creating a video featuring Glenbard alumni, setting up displays, and in general hosting the event.

The Historical Society is open to all students who have even the slightest interest in history. It is a great way to spend Friday afternoons, exploring the rich history of the location’s former title, Honeysuckle Hill. This includes digging through the archives and dusty old yearbooks to discover the fascinating secrets they reveal, touring the school’s rooftops, learning the layout of the old building, and perhaps best of all, eating lots of pizza.

The Glenbard West Historical Society gives a whole new meaning to West traditions such as the homecoming bonfire, with its origins as early as the 1930s, and more. If you are interested in this intriguing club, contact Mr. Wiersum for more information.