The Christkindlmarket: A Chicago Holiday at its Finest 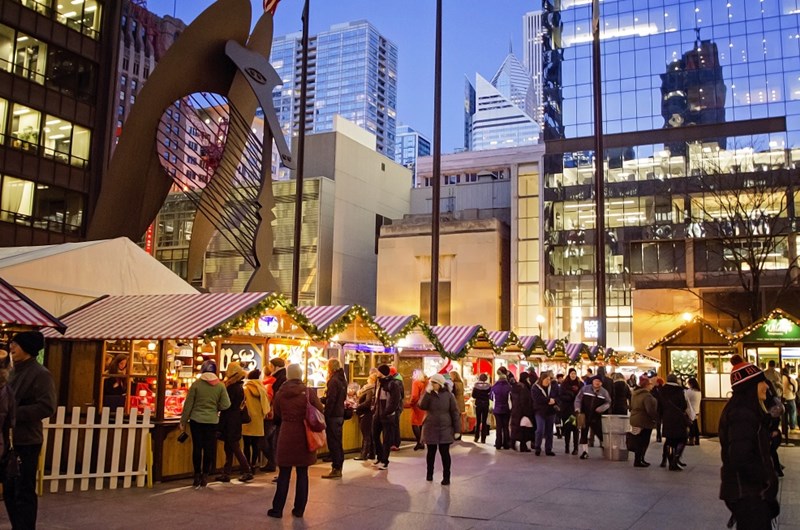 Every winter season, Chicago hosts one of its most anticipated holiday traditions: the Christkindlmarket.

Located in the Chicago Loop, this annual event is known for its festivity, iconic hot chocolate, and other yummy treats. This open-air Christmas hot spot is inspired by the 16th century Christkindlesmarkt in Nuremberg, Germany and does the German tradition justice. The market is composed of many different and unique vendors that specialize in anything from homemade German food to handmade ornaments.

Chicago’s Christkindlmarket was first considered for development in 1995 when The German American Chamber of Commerce of the Midwest was contemplating new ways to promote bilateral trade between the USA and Germany. The event first took place in 1996, becoming a leading holiday tradition in the city’s downtown area.

The market’s first location happened to be Pioneer Square, but the next year the event was moved to Chicago’s Daley Plaza by invitation from Mayor Daley himself. Despite the market’s European descent, it has international pull as well, attracting people from all over the world to come explore the destination. This event has become so popular that it has created new markets in Naperville, Illinois, the Wrigley neighborhood, and Milwaukee, Wisconsin.

The Christkindlmarket happens to be a tradition in my family, for each December right before the holiday, we attend the event and browse the vendors before heading to the Chicago Symphony Orchestra to get in the Christmas Spirit! The Christkindlmarket began hosting Chicagoans and others on November 16th this year and will be facilitating holiday cheer until Christmas Eve, December 24th. The event’s hours Sunday through Thursday are 11 a.m. – 8 p.m., and 11 a.m. – 9 p.m. on Fridays and Saturdays. Make this famous holiday tradition one of your own this season, and explore all the cheer the Christkindlmarket has to offer!