Fashion Choices Reflect How We Feel 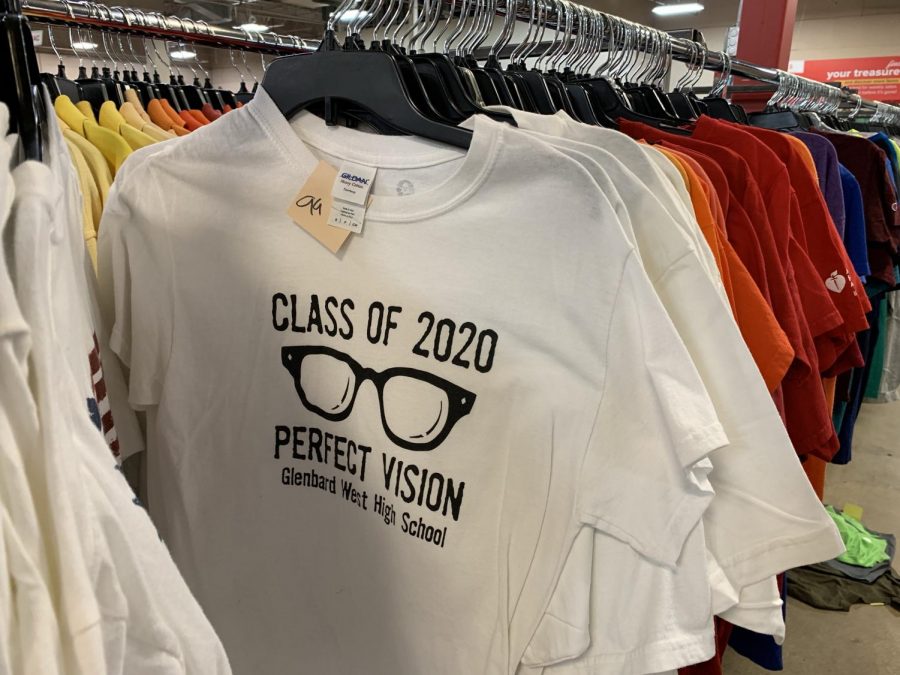 A Glenbard West "Class of 2020" T-shirt can be found at a Glendale Heights Salvation Army.

Picture this: It’s 7 a.m. and you’re sitting on your bed in defeat, staring into your closet. Whether it be the fact that you’ve already worn that shirt this week or you don’t like how this shirt goes with those pants, you have no idea what to wear. If you’ve been through this, you know how stressful it is to not be able to put anything together. You’re already running late, so you just throw on a sweatshirt and jeans and leave the house, not thinking anything of it. But there’s more to style than that just throwing something together.

Style is what differentiates you from everyone else, what defines you. According to The Second Skin: An Interdisciplinary Study of Clothing by M.J. Horn, “Clothing can affect body image perception and functions to strengthen or weaken the body-image boundary and acts as a second skin when it comes to establishing the physical boundaries of oneself.”

Everyone’s style is unique in one way or another, and it helps people feel comfortable in their own skin. It is present at Glenbard West as well as surrounding universities. Take DePaul for example, where Kode Strunk, attends. Strunk says, “You feel more confident if you’re confident in what you’re wearing, and it feels good leaving the house with a nice outfit on.” Strunk has transferred schools and moved around, commenting that he “went to a performing arts school so the people there had a lot of clothes from thrift stores, wore baggy jeans so [my style] changed with them.” He realized, however, that even though “my self-esteem was good throughout all of those changes, I realized that it wasn’t me and I was just changing my style because of what everyone else was wearing, so I found my own style.” The way Strunk’s style changed initially reflected where he lived, but once he was able to create his own style through everything he’d seen and worn before, he was truly able to express himself in his clothing.

Glenbard West alumni Veronica Tapia has experienced similar changes in her fashion tastes as Strunk, but not in the same way. Her style changed throughout her time in high school, saying, “When I first entered high school I would wear band T-shirts, ripped jeans, acid washed jeans, stuff like that, and then I started wearing skinny jeans and crop tops and stuff like that, and when I started thrifting I got more baggy clothes.” As her style changed with her getting older, she says she was able to feel more like herself, as she was able to “dye my hair, get piercings, stuff like that.” Veronica’s style allowed her to express herself in her own way, and just like she’s able to express herself with her clothing choices, other people are able to do the same.

Many students at Glenbard West are also able to express themselves through their clothing choices but in different ways. For example, Ethan Sample, senior, says, “I guess in the way I look at myself, it really is how I present myself on that day. Some days I just throw on something and you can’t really say there’s a reason why, on other days I’ll feel gloomy and wear so baggy stuff, it makes me feel different, look different, and present myself in a different fashion.”

Sample doesn’t often focus on the specifics of what he’s wearing, but when his mood changes, his style does as well. This is the case for sophomore Brye Sebring as well, as she says, “If I spend a whole week just wearing sweats then there’s probably something going wrong in my head.” She explains that when she isn’t feeling well mentally or is going through a tough time, her clothing choices express it, as she changes her style in accordance to her mood.

The style choices of both students at Glenbard West as well as adults are often indicators of how they’re feeling as well as ways to express themselves. Although some people are influenced by those around them, they are often able to find their own style and express themselves through what they wear. Their clothing choices can also express how they’re feeling at the time, as some of them will wear comfy or baggy clothing when they’re down, veering away from their traditional style in order to express how they’re feeling. Everyone’s style is different, but it all has the same effect on how they express themselves, as it helps differentiate them but also show whether they’re happy, sad, or just going through a hard time, and in the end, it leaves a lasting impact on how people’s emotions are perceived.