The Hitters Are Ready for a Comeback 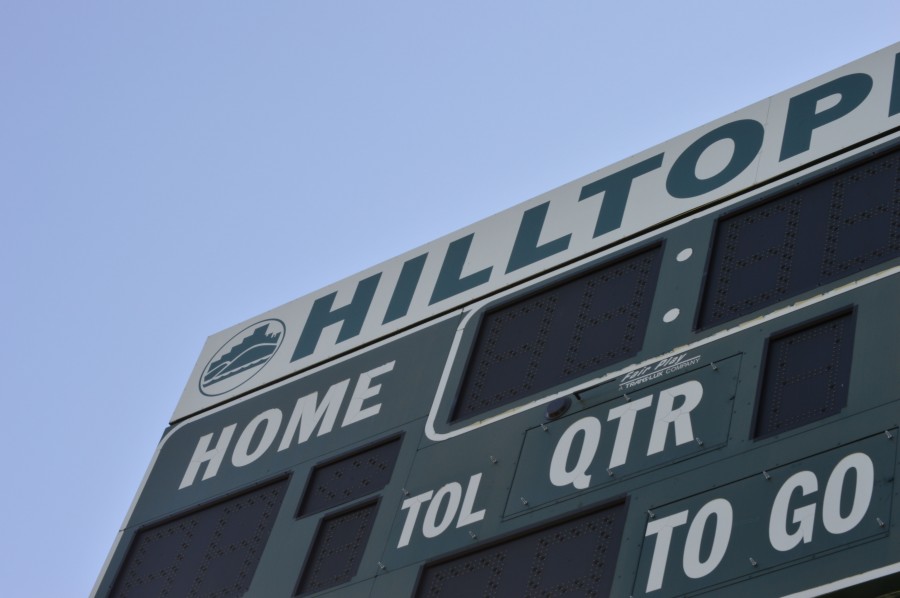 After a crushing loss to Stevenson in last season’s semifinal game, the Glenbard West Hitters are back and better than ever. Under the leadership of successful Head Coach, Chad Hetlet, the Hitters football team displayed nothing but confidence in a preseason interview with the players and staff.

Since Hetlet’s arrival in 2007, the Hitters have regained the string of titles and accolades they began garnering in the 1960s, 70s, and 80s, re-establishing themselves as one of the best football teams in the state.

The players on the team conduct themselves as such. Although the success of the program is in part due to the dedicated coaching staff, Coach Hetlet attributes the overall reputability of Glenbard West football to the talented, hard working crop of athletes that turn out each year.

“The majority of [our] success goes to the kids that […] have gone through our program and built it. […] They set the standard, and each class carries on the legacy,” Hetlet stated.

The winning record set by the Hitters, who went 12-1 last season, can be credited to more than just raw talent. Each player and coaching staff member puts in hours upon hours of work leading up to the first game of the season- building a team is not an easy feat, especially given the number of players in the program.

All the juniors and seniors train together, fostering a team dynamic that is remarkable for a group of fifty to sixty people. “It’s not easy,” Hetlet stated. “But we all have one goal in mind, which is to be the best that we can be every day.”

This mentality carries on to the players on the team. Joe DeGrace, a senior, stated that the difference in age levels and levels of experience does not pose a problem as the season continues, saying that “After a while, it stops being about what grade you’re in and becomes more about football.”

The ability of every player on the team to mesh is part of what makes the Hitters football program great. Senior Isaiah Skinner, who self professed as the “new guy [… who] didn’t know anyone” on the team, says that “it’s completely different now”.

Hopefully this bond as a team will aid the Hitters through the tough season that lies ahead. While their transition to the 8A conference simply denotes a larger student enrollment, Coach Hetlet mentioned that, while “Some of the best teams in the state are in 7A”, these teams “sometimes have more students to choose from”, creating a stronger roster as a whole.

Regardless, the Hitters think they are ready. “When we’re feeling it and we have good energy, we can do some great things,” Ross Andreasik, a senior, stated. “We just need to keep that mentality throughout the whole game, not just the first and second quarter.”

Mental and physical stamina will be important that season, but as their name suggests, the Hitters present a strong physical element of the game every time they step on the field.

“We’re tough,” Skinner described. “We can hit for years and not feel it.”

The question now is, will the team live up to the talk? “While we aren’t playing Stevenson in the regular season, Coach still talks about it all the time […] It’s all about the details, four quarters of play and doing everything right” said Andreasik. Joe DeGrace also mentioned details, and “ironing out the little things so when the time comes  [a loss against Stevenson] won’t happen again.”

According to Coach Hetlet, the Hitters are “hungry for another state championship”. If they play as well as they say they can, we may have a repeat of 2012 on our hands. Make sure to come out to Duchon Field on August 29th to help the Hitters kick off their season. Go West!