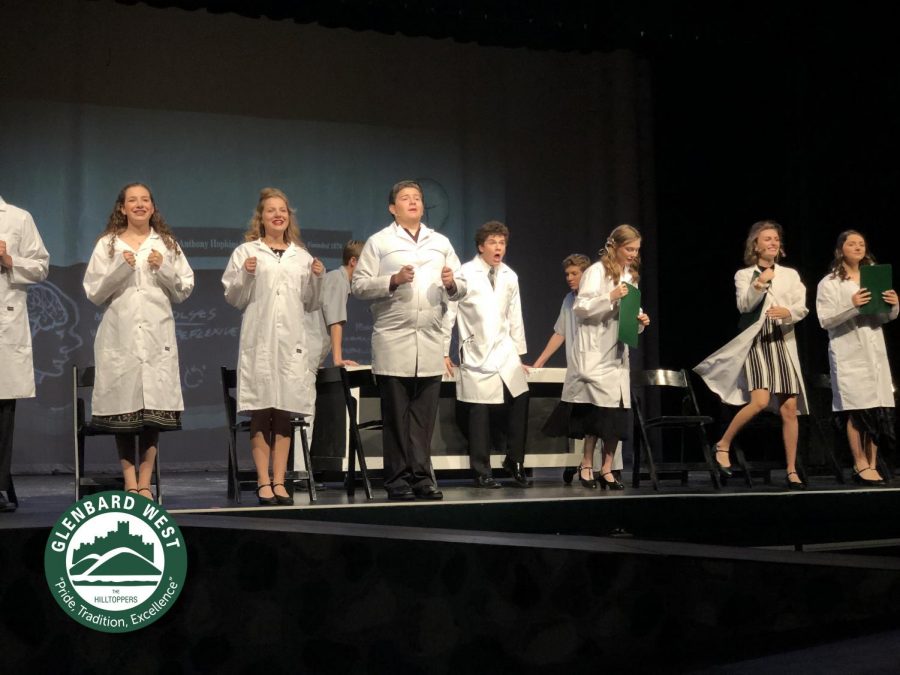 Opening on Halloween night, 2019, the Glenbard West theatre program will perform Outer Critics Circle Awarded Young Frankenstein for this year’s fall show. Directed by West theater teacher, Michael Fox and choreographed by Glenbard West senior, MB Cornejo, this show is expected to remain both an exhilarating thriller and hysterical comedy that will surely entertain individuals of all ages.

The show, an electrifying spinoff of Mel Brook’s original 1974 screenplay, will leave you in stitches. Grandson of the infamous Victor Frankenstein, Frederick Frankenstein inherits his family estate in Transylvania. Throughout the musical, Frederick and his buddies, Igor and Inga, bring to life a creature to rival his grandfather’s.  Young Frankenstein was first performed in the Paramount Theatre in Seattle, Washington on August 7th, 2007. The show has also appeared in other theatres, on Broadway, and in various high schools, since.

Mr. Fox, who chooses the fall musical each year, describes the show as one with “fun moments that will make you laugh until you’re out of breath with bold characters who are incredibly over the top.”

Although Mr. Fox remains as the main figure in charge of casting roles and directing, he highlights the fact that the theater program has “many student leaders that hold very influential roles, whose roles allow them to fully express their creativity and talent.” One senior leader is head choreographer MB Cornejo, who states that this show has been much more than a side gig.  According to Cornejo, after being “declared the official choreographer by Fox in the spring… [he] spent all summer researching past productions of the musical.” Although fun to work alongside his fellow peers, Cornejo declares, “It hasn’t always been easy to choreograph and teach twelve original dance routines [all by himself].”

Not only do actors and actresses hold very active roles within the creation process of the play, but they are also completely “in charge of creating their own individual characters… such as their physicality, voice, tone, and more,” says Mr. Fox. The entire cast has the ability to showcase their characters in the full cast number “Transylvania Mania.” In Cornejo’s opinion, “This is the most entertaining number because it’s super energetic, upbeat, and the entire cast is on stage.”

The show is much different than West’s productions from the 2018-2019 season. Theatre Club treasurer and actress Emily Davidson remains thrilled for the “comical twist on the classic thriller” which has, according to Theatre Club social events chair and actress Claudia Pyka, “allowed the cast to really step outside of their comfort zones and take ownership over their work.”

Many of the students involved in the business, acting, and tech aspects of the show are currently enjoying their senior year and reflecting on the past three. Theatre Club senior Roxy Geballe describes the opportunity theatre gave her “to experience the business side of theatre, on top of acting, by collaborating with a large group and putting together tickets, programs, and signs.”

Despite all their experience performing at West, the theatre seniors still yearn to further develop their acting and singing skills. Theatre Club senior Griffin Murphy expresses the fact that “theatre taught [him] to step outside of his comfort zone, care a lot less about what people think, and go up the stage and give it [his] all.” But also states that “[he has] much more to learn… for GBW is just the beginning of his career.”

The cast and crew only has a few more days before their unique version of Young Frankenstein opens. Get your ticket now!