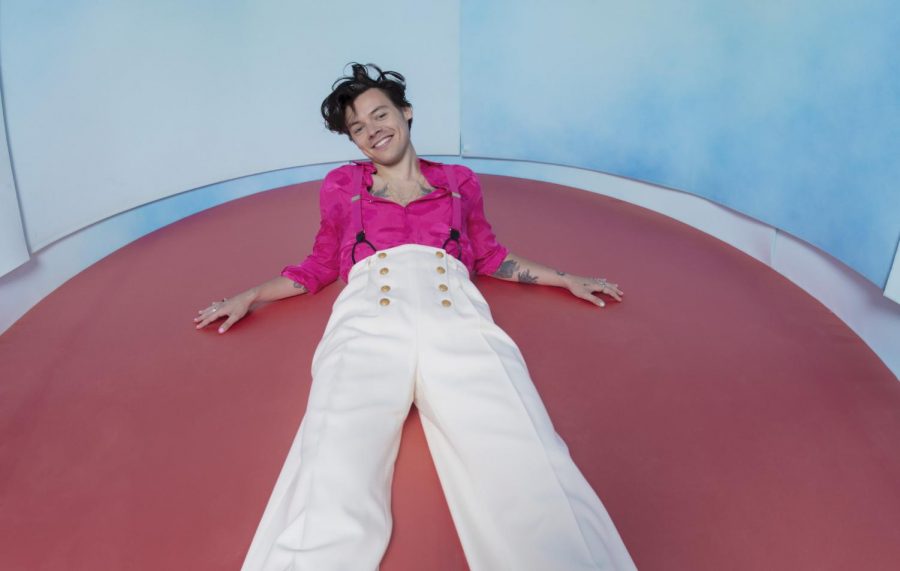 From his self-titled first album in 2017 to a new release in 2019, Harry Styles moves to a totally new, refreshed version of himself in Fine Line.

Harry Styles is one known for huge transformations. From his beginnings as a British X Factor heartthrob, to the One Direction sensation, then an awkward stint with a man bun, to band-turned-solo-artist, and now, smiley-face nails, big pants, singing Lizzo covers. After his many changes, facades, and phases, it seems as though this era of Harry Styles is a bit of nostalgia mixed with him going beyond playing it safe.

Besides the persona that Styles has created for himself, this album is one that complements its predecessor. After two years of album drought, some iconic songs such as “Sign of the Times,” “Kiwi,” “Woman,” among others, are replaced with top singles like “Lights Up,” “Watermelon Sugar,” and more. However, in my opinion, the songs’ top moments are “Sunflower, Vol. 6,” “Adore You,” and “Falling.”

To start off, “Sunflower, Vol. 6,” to be completely honest, I have no idea what is going on in this song, but that’s not a bad thing. I enjoy the upbeat rhythm from this song and it is a pattern and beat that I feel I haven’t heard in quite awhile. It’s unlike his past melancholy songs from Harry Styles, mixing harmonies with instrumentals in combinations that Styles has never produced. In terms of meaning, I cannot say what’s going on (listen to the end of the song, you’ll be confused too), but a music video to complement this song would make it even better.

Additionally, Harry throws in a bit of storytelling with “Adore You.” Though I first listened to this song blindly when the music video came out, the video showcases a hidden meaning behind the song. It’s a story of a made-up land/town “Eroda” (adore spelled backwards) in which Harry has an impenetrable smile that is so bright everyone in town tells him not to. He finds a golden fish, similar to the brightness of his shining smile, and he befriends it. Ultimately, the fish grows bigger and bigger, until Harry has to let it go, and with it, the town and all its inhabitants accept Harry and his beaming teeth. It’s cute, it’s funny, a bit random, but encompasses the narrative way Harry has constructed this specific track and the whole composition in Fine Line.

Nevertheless, Harry throws in some moody, sadder songs as well. “Falling” is one that will have some listeners tearing up. It’s a beautiful piece, regardless of the emotion attached to it and the way in which fans respond to it, but the lyrics are about constant mistakes, messing up, and the cycle of self-discovery Styles is constantly redefining.

The only bit of confusion I have on the album is the song “Canyon Moon.” It’s a cute, sweet tune that sounds more of a Blue Grass chart topper than a Harry Styles original. Though I appreciate the wide range of genres Styles is trying out, it doesn’t really match up or tie into the rest.

All in all, Fine Line is a well-versed and composed album that is sure to be remembered. With such a successful first album, this sophomore album definitely continues the legacy Harry Styles is creating as a solo artist. Though fans can contest which album is better, Fine Line is sure to be a positive change for Harry as he explores himself as a musician and artist.