The Reality Behind Reality Television 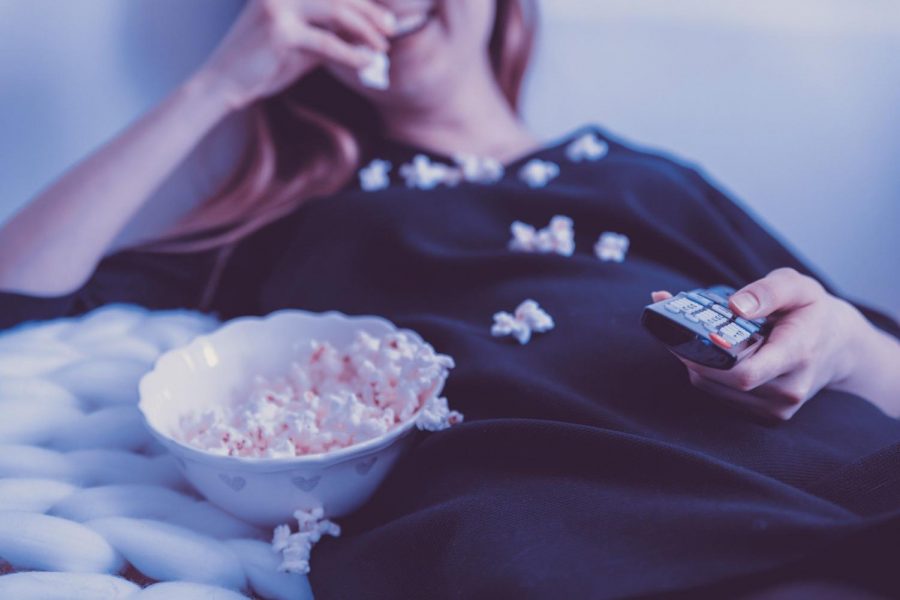 There’s nothing like the thrill of reality TV. The drama, the tension, the overwhelming desire to discover if Kim Kardashian really did lose that diamond earring in her multimillion-dollar home. Watching other individuals’ lives unfold in front of us seems to provide us with an intense amount of entertainment, and perhaps more crucially, an escape from our daily lives. Yet from this, two critical questions arise: what draws us to reality television? And why do we care so much?

When the 1992 hit reality television show The Real World first appeared on screen, TV watchers from across the globe instantly became obsessed with the lives of these strangers. The Real World was the first reality TV show to really make waves in the film industry, featuring young adults living in an apartment together, the only result that could occur from this had to be drama… and the audience was hungry for it. Not only was the show intriguing beyond belief, but it costs much less to produce than a regular drama. Reality TV producers don’t have to pay writers, actors, set designers; instead, they let Mother Nature take her toll. Reality TV can also charge much more for commercials than any other television show. Costs aside, reality television is an exciting way to become involved and invested in other people’s lives.

There are potential reasons for our natural attachment to reality TV. One of the most prevalent being admiration and relatability. As the famous economist and philosopher, Adam Smith once said, “This disposition to admire, and almost worship, the rich and the powerful, and to despise, or, at least to neglect persons of poor and mean condition, though necessary both to establish the distinction of ranks, is, at the same time, the most universal cause for the corruption of our moral sentiments.” Society tends to idolize celebrities, placing unnecessary pressure on the audience’s shoulders: Are we pretty enough? Skinny enough? Good enough? We feel the need to live up to the expectations of these celebrity norms; however, reality television can help us gain a sense of relatability. It creates a more human look on these intense looking celebs, furthering our comfortability with these strangers, to the point where we are tricked into believing that we actually know them. Another factor that plays a role in this form of entertainment, is the idea of wish fulfillment. Reality TV gives us the notion that we can achieve our greatest dreams, and we don’t even need to be talented! Additionally, in shows such as American Idol, the viewers get the choice to vote on their favorite contestants, blessing us with the false sensation that we are in charge of the fate of these people. The last, and perhaps most addictive reason, is the “so bad, it’s good” component. Whether it be a famous celebrity or your everyday girl next door, we feel superior by seeing others in awkward situations. It makes us both relieved to not be in that position and powerful in that we are in a safe zone away from any embarrassing confrontation. After all, reality TV is centered around putting normal people in abnormal environments. It is clear that reality TV provides us with tons of emotional pleasure, but when does an investment become an addiction?

Although seemingly obscured, many different groups have begun to conduct studies on the impact of reality TV. The Washington Post, for example, conducted a brain scan study regarding the popular show The Bachelor. The subject was placed inside an MRI machine and asked to watch Arie Luyendyk’s season as the bachelor. Unfazed by his presence, the subject had so little brain activity it was similar to her mental stimulation when she was sleeping. However, when a very despised contestant (Krystal, if you’re curious) appeared on the television show, her brain activity skyrocketed. At that moment, most brain blood flow entered her amygdala, which is the part of the brain that is associated with strong emotion. But that wasn’t the only thing the Washington Post found. Another part of the brain also showed high activity, the striatum, which is associated with pleasure and addiction, revealing that not only was the test subject experiencing lots of anger and distaste for the introduction of this character, but she also subconsciously enjoyed the intense emotion she felt and was addicted to it. Another study conducted by Bryan Gibson at Central Michigan University highlighted that those who watched aggressive behavior on reality TV were more likely to repeat this behavior in real-life situations. During this study, each participant watched a different TV show: one aggressive reality TV show, one uplifting documentary, and a fictional crime drama. Each participant was isolated in a room and told they were competing against another contestant to press a key on the keyboard at the fastest pace. The person who won would receive the prize of blowing a loud air horn at the losing contestant in the other room, at whatever level sound and time they desired. Little did the contestant know, that there was, in fact, no person competing against them behind the wall. And the study revealed that those who came from watching the aggressive reality show, turned the sound up all the way for the longest amount of time, almost as if to inflict the most pain in the other competitor as possible.

So what’s really going on in the entertainment industry? Is reality television good or bad for you? Honestly, it’s a little bit of both. Reality TV serves as a relaxer and a way to further your understanding of human psychology– it gives us a way to relate to people on multitudes of platforms. And the fate of reality television is continuously evolving. We see it in YouTube vlogging, which has gone viral on the internet. All in all, the human mind will never be able to detach itself from the lives of other people, and that’s okay. We can learn from the behaviors from others and take away a secondhand experience we never thought we’d have.