‘I am able to create for myself’: Why VSCO encourages creativity, authenticity in an age of mundane 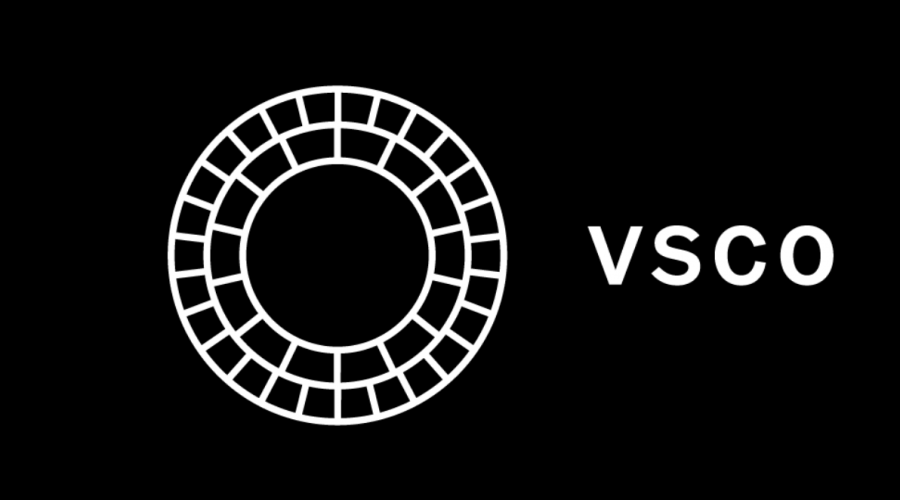 VSCO, known previously as VSCO Cam or VSCO camera is a popular social media app that has been available for free download since 2011. Developed by Visual Supply Company (known by the acronym VSCO), this app is a creative-centered outlet for photographers and artists of all ages and backgrounds to disperse their work on a non-judgmental, non-pervasive platform fueled on collaboration rather than competition.

I first stumbled upon VSCO back in 2014. Yes, I do pride myself on “discovering” VSCO before it was cool. To put it in perspective, the logo was super different than it is today (not the circular outline, but a green, red, and white triangular shape). Yep, I bet you’ve never seen that before. 12-year-old me felt like Leif Erickson or something, charting my way into an app that has become nothing short of a necessary platform for all teenagers today (regardless of if you are a photographer or artist).

So, back to 12-year-old me. The app was basic at the time. It had a nifty camera, a feed where one could post their work. I was sort of confused, to be honest, but that might’ve been a 12-year-old’s perception of the unknown.

I learned the basics and went from there. It was the first editing tool exposure I had ever encountered, and I learned through trial and ERROR. Lots of errors, but in the long run, that helped me progress into the artist I am today.

Along the advancing of my photographic journey into art, VSCO flourished in popularity. Of course, along with impressive inspiration from the world’s greatest photographers came the antithesis of the VSCO experience: the VSCO girl. Basic and anything but VSCO-related, this stereotype of a turtle-loving, baggy T-shirt wearing, incessantly-posting teenager perpetuated my feed. I was disgusted!

Yet, in the long run, I clicked unfollow to those who posted these annoying images and focused on the good stuff. The art stuff. The things I liked. I was able to republish, favorite, and follow those who inspired me (and if I was lucky, the feelings were mutual and I could make connections with other artists along the way). This simple action has allowed me to connect with dozens of other creatives in ways that would not have been possible for the set up of VSCO and the lacking of likes, follows, and emphasis on popularity.

Tying in this theme, today’s social media craze also is synonymous with Instagram. The liking game, the following game, and the racking up of comments and such is how one becomes big on Instagram. Though it seems somewhat enjoyable, for art-making, it is also toxic. From personal experience, I have seen my photography page become a highlight reel of photos that do not truly represent my work, all to appease my audience of a few thousands followers with the same portraits that I liked but did not dream of calling my own.

VSCO, on the other hand, gave me the confidence to post whatever I wanted, whenever I wanted, with whatever caption or dialogue to go along with it. The people viewing it had the right to do what they would with it, ignore or interact. Even if nobody interacted, it wasn’t a big deal. I still shared my art, and that was a beautiful thing, without feeling judged for getting a subpar amount of likes.

The Instagram format was a nightmare compared to the heaven that VSCO provided creatives. In order to validate my point, I could point to articles such as one from Business Insider analyzing the great parts of the camera and technical features, or I could connect with some creatives with whom I discuss art and creating pretty often for how they utilize VSCO and the benefits they see.

I first spoke with Jack Pompe, a videographer and photographer whose work spans sport photography to portraiture. I have connected with him on VSCO, and I have readily favorited, republished, and been inspired by his work. When asked about his experience with using VSCO, he stated,  “One of my favorite parts about VSCO is the ability to share content and not have the fear in the back of my mind that it isn’t going to be received well.”

This idea of “fear” and posts being “well-received” is not a pressure experienced on VSCO whatsoever. Jack states that he “feel[s] free to create in a way that isn’t completely guided by the metrics placed on what [he] post[s]” and that, along with the barriers presented on the content one creates, “you can follow people solely for their creative vision.” There is no guilt, only inspiration, and the desire to find those who get one’s creativity running with ideas.

Jack speaks about a “community” that “allows [him] to grab inspiration from others and develop a creative eye.” In a synonymous process, “VSCO is a place [he] can share [his] unfiltered creative view on the world” that does not put likes or a number of comments or followers to that vision. As with most of us, Jack shares that he can get caught up with likes and the numbers associated with social media, but the VSCO format “completely strips away the egotistical side of sharing art on social media ” and makes sharing about art and for the sake of art only.

One’s value on VSCO is not determined by anyone except themselves: “It’s really up to the viewer of the artwork to determine its value, and, in a sense, that is what true art is.” One thing that Jack stated that really stuck with me is that “[he] [is] able to create for [himself] on VSCO.” That is vital to creative vision, as one’s artistic voice can only be achieved through a personal initiative and drive to express particular sentiments and emotions through art. By supplying a fashion in which this can be achieved, VSCO is inspiring artists and thus allowing these creators to discover their own voice and perspective they hope to publicize in the process. 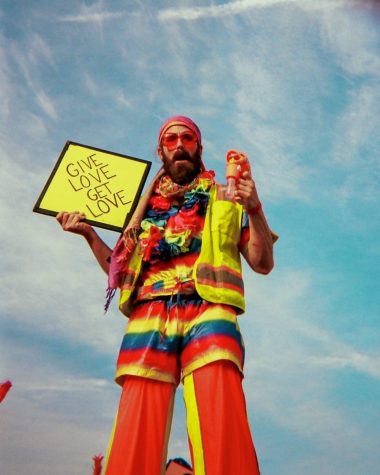 Onward, I talked to Addie Roberston, a photographer and multimedia artist who has been republished by VSCO on multiple occasions (this is a big deal, that means everyone on VSCO sees your work). Addie’s work is a mix of abstract, collage, and typographic photos that blend together seamlessly. Addie shares, “I feel as though I can really put myself out there on VSCO.” Identity and self are at the forefront for Addie and she “feel[s] like nothing is holding [her] back,” an imperative feeling for any artist to truly create authentic pieces.

Addie spoke more on the technical portions of the app and its features. Though she conceded that Photoshop is the supreme photo editing app above all else, “VSCO’s tools are really good compared to other apps.” The filters, or presets, on the app “replicate a lot of really cool styles” and mirror Kodak film and a vintage vibe.

Addie also creates some movies and videos with VSCO. Their new features have expanded to include more videography. Addie shares a bit of her process where she “like[s] creating little videos in iMovie and [she] feel[s] like this new VSCO tool is really going to help [her] out.”

Connecting back to the follower count, she is ecstatic that she cannot see the number. She admits that she has wondered about it in the past, but “there’s no competition or any comparing yourself to others with numbers.” So why is there a need?

Seeking “validation” is not a part of the process for artists on VSCO and that makes Addie and many other VSCO users “feel like a better artist from it.”

Finally, I spoke with Patsy Buckley, a very avant-garde, surrealist portrait and scenic photographer who blends reality and the imaginary with clean cut edits to elaborate on themes and issues she experiences in her daily life.

Patsy started her sentiments on VSCO with a pinnacle feature of the app that I share the same regard to in terms of time constraints and limits to the content that one can post on an app like Instagram. She explains that “VSCO gave [her] a platform to post whatever and whenever [she] want[s]” and by “having the ability,” she can “explore [her] creativity.” 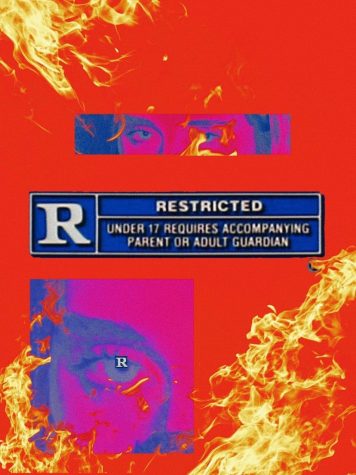 Likewise, Patsy also elaborates, “VSCO lets me step outside of the box with my art without having to worry about who won’t like it.” This is quite evident with both Patsy and all the artists’ work that I have included throughout this article (captions include the artist who created each piece).

As I grudgingly identified earlier, the VSCO girl is the basic, creative-sucking example of what creators on VSCO loathe. “Freedom from following what the masses make” is a feature that Patsy believes the app adopts, and with this, rids the stereotype and reputation this type of content gives to Visual Supply Company. 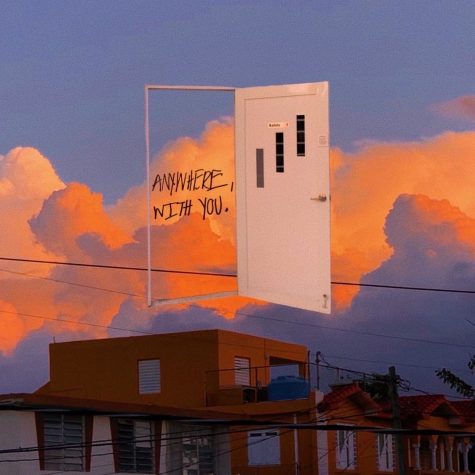 Though there are “trends everywhere,” such as the VSCO girl facade, “VSCO is a place where you’re meant to let your differences shine through,” and that allows those that are “seen” or “successful” on the app to shine past the mundane, states Patsy.

In closing, Patsy made clear that she “love[s] the fact that there has never been visible followers/likes” and that has “totally eradicated any sort of popularity system and promotes the freedom of creation.” Quite honestly, Patsy makes clear that “VSCO has ultimately helped [her] as a person grow into someone that is able to take risks when creating.” Risk taking and finding oneself through art is a tool that few outlets provide, and for VSCO to achieve that in a world where Instagram is the staple is unprecedented. 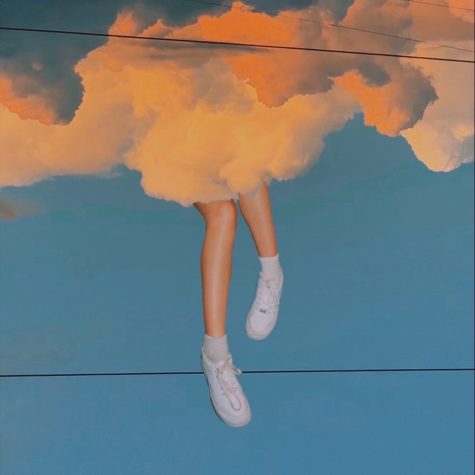 From these accounts, it is evident why the VSCO girl craze became somewhat annoying to me, and some other creatives. It was an Instagram-esque infiltration of the creativity and raw talent that was so authentic on VSCO. It was the popularity game sneaking into the algorithm to destroy it.

VSCO is a site that offers an organic form of collaboration among individuals and their art that can comprise any thoughts, ideals, representations etc. of what they want to project to the world. Whether having one follower or one billion followers, it does not matter. Heck, VSCO users cannot even see that number.

VSCO is an app, but moreover, a revolutionary start to making social media is not about popularity but about quality, not about likes but about conversation, and returning to a time when art is about experimentation and finding identity, without the pressures of likes, follows, and comments.

The three artists I talked with also explained their hopes for the future. Jack explained that he “hope[s] to see VSCO support more forms of video” on the app and that “shar[ing] shorter videos more easily” will only enhance the app. Generally speaking, Addie wishes to see “VSCO continue […] to grow and grow and grow, and I hope they continue to influence artists with a passion and even people outside of the art community.” Quite similarly, Patsy shared, “I can only hope that VSCO grows and grows. It is one of the most positive forms of social media and I want everyone to use it!”

So, what’s holding you back? Get creating without judgement and without a blueprint, and maybe make some friends along the way. Here’s to a new start for what 21st social media can become. 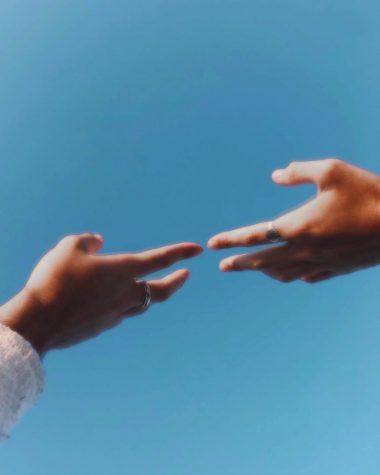