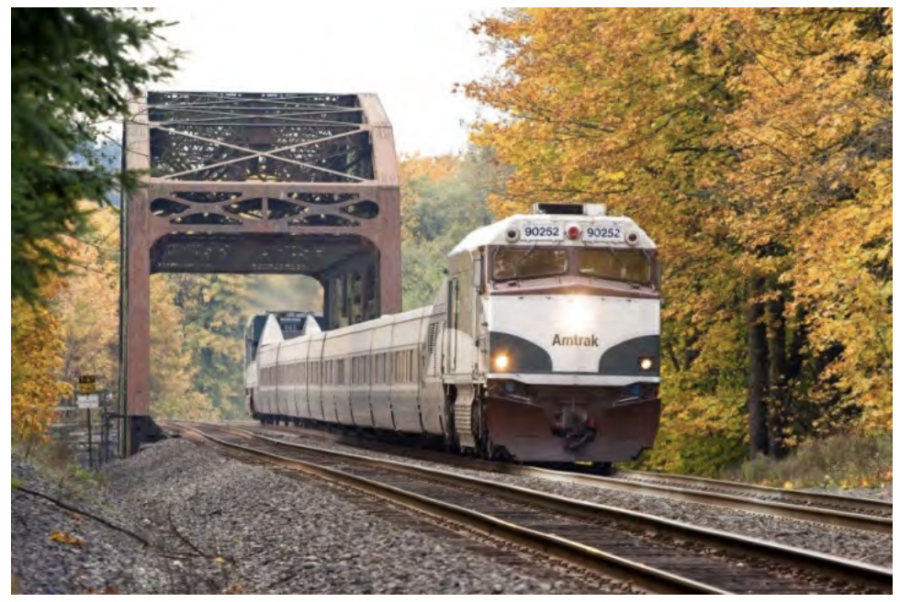 During his short time in presidency thus far, Biden has introduced a wave of proposals, including the American Jobs Plan. This $2 trillion plan stands to rebuild infrastructure and uplift the economy by focusing on improving manufacturing, technology development, elderly care, schools and child care facilities, green energy, and, of course, transportation. The infrastructure plan ushers in a proposal called Amtrak Connects Us. This proposal, better known as the Amtrak 2035 Plan, calls for $80 billion in rail improvements, with goals of increased routes, faster and more efficient services, and environmental benefits.

President Biden and Amtrak call for more efficient railroad networks to fit the needs of the country: “America has changed, but [the] railroad network has not,” Amtrak explains. While Amtrak has long been a vital transportation component in the East, connecting Washington, D.C. to New York City and Boston, passenger train services in Chicago have not yet reached their full potential. Chicago became a railroad hub in the 1800s, but has since lost its efficiency as the rails have become outdated in relation to America’s evolving societal needs. The Amtrak 2035 Plan offers an opportunity for Chicago to be restored to its position as a vital center in an efficient national rail service.

The Amtrak 2035 Plan envisions both new and improved routes in the Midwest area that would make travel in and out of Chicago broader and more efficient. This plan will allow Chicago residents new access to Louisville and Iowa City, as well as faster access to Milwaukee and St. Louis. Chicagoans and suburban residents could easily get to a Brewers baseball game or to Summerfest in Milwaukee in just a little over an hour. Hectic traffic on frequently driven routes to O’Hare and Midway Airport will likely decrease with the implementation of the Amtrak 2035 plan.

This proposal will revolutionize travel: shorter airplane flights will be replaced by quick train rides. Those who wish to avoid airplane flights at all could instead travel across America on a railroad. Biden says that “[families] could travel coast to coast without a single tank of gas onboard a high-speed train.” Amtrak is focusing on establishing and improving shorter routes that allow passengers to connect to other routes, providing them with the opportunity to travel long distances.

While improving rail routes in the Midwest and throughout the country, the Amtrak 2035 Plan will simultaneously function as a shift toward a greener future. With more people collectively traveling by rail instead of by car, there will be fewer greenhouse gas emissions and less pollution. The proposal offers an environmentally-conscious solution to both short and long-distance travel.

The bill has a long road to get through Congress, providing uncertainty toward the future of American infrastructure. Some fear that if the bill does pass, states may be unwilling to maintain the improved rail service because of heavy state operating costs. Beyond that, it is unclear whether Americans will accept Amtrak as the country’s regionalized rail network.

Amtrak Connects Us offers exciting possibilities for greener and more efficient passenger rail travel. The plan will update and improve the outdated existing rail network, fitting the needs of the evolving country. Now the question remains whether Congress and our states will act to allow Amtrak to move trains into the future.