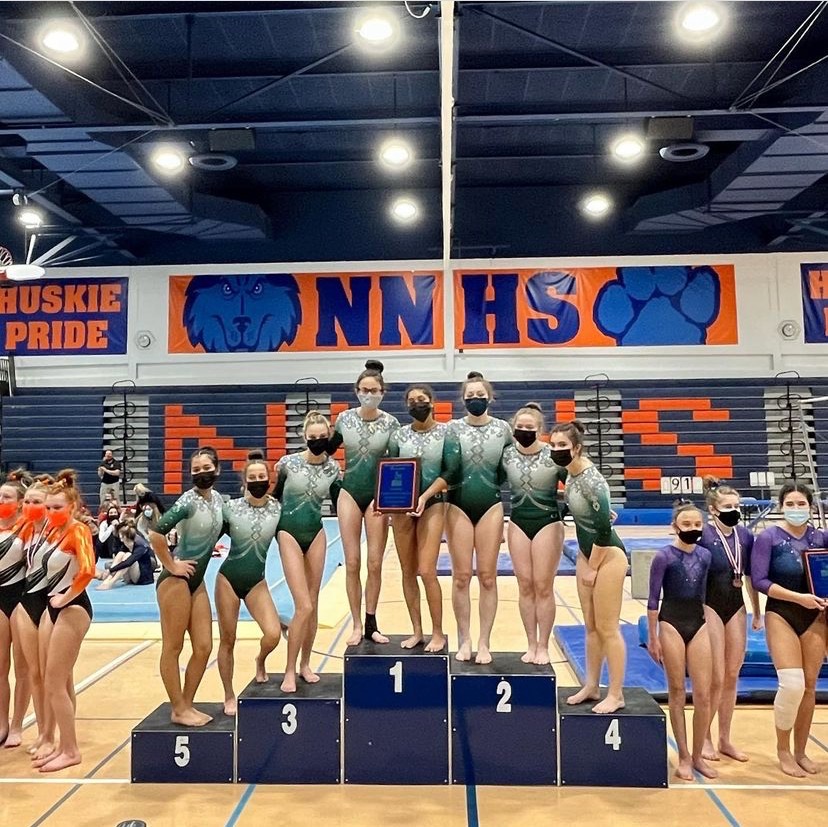 Glenbard West’s girls varsity gymnastics might not always garner the same attention as the boys’ basketball and football teams, but their steady success continues to impress. The Hilltoppers have a 12-1 record this season, with their only loss coming at the Hilltopper Invite. They won their eighth straight District 87 Invite earlier in the season as well as the Silver Meet at Hinsdale Central, earning them a conference championship. On top of all of these accomplishments, last Wednesday they won the IHSA Regionals handily.

Girls varsity gymnastics has a long tradition of success at Glenbard West, including seven straight conference championships, and state championships in 2018 and 2019. But this year, the entire team had to step up in order to make up for the loss of several graduating seniors who were so key to their success last year, including all-stater Anna Diab. Now, they are going into sectionals with a high level of confidence.

How are they doing it? “Hard work,” says Junior Brooklyn Ford, a member of the team since freshman year. “This season, we just wanted to do the best that we could, and with the loss of the seniors from last year, we gained motivation to work even harder this season.”

While the squad lost some talented gymnasts, seniors Meg McNamara and Alina Bhagwakar emerged as team leaders this year. “Both of them are such great gymnasts, and they have worked so hard this season, so they are really giving it everything they have,” says Brooklyn, adding that the seniors are “influential and positive leaders of this team, allowing for team growth.”

To Brooklyn, winning the Western Suburban Silver Conference title has been “incredibly rewarding.” She added, “We have worked so hard, especially these past couple of weeks, to prepare, and we hit 20 for 20 routines against some talented teams, so it was really fun in that moment.” She has enjoyed watching her team grow and “seeing their hard work pay off.”

With so much ahead, including sectionals, the gymnastics team has been preparing by working even harder. “We have just been cleaning up our routines, fixing the little things, and trying to perfect everything in hopes of improving our team score. It has been difficult but also fun, and we are really looking forward to what comes next,” stated Brooklyn.

This gritty gymnastics team has much to be proud of, but they are not satisfied yet. They hope to accomplish more of their goals by performing well at sectionals, as well as qualifying for state. Glenbard West will host DeKalb, Geneva, Lake Park, Willowbrook, and Wheaton Warrenville South at sectionals on Thursday, February 10th, at 6:00 p.m. Show up to support our squad! Regardless of what happens, it has already been another successful season for Glenbard West’s girls varsity gymnastics.