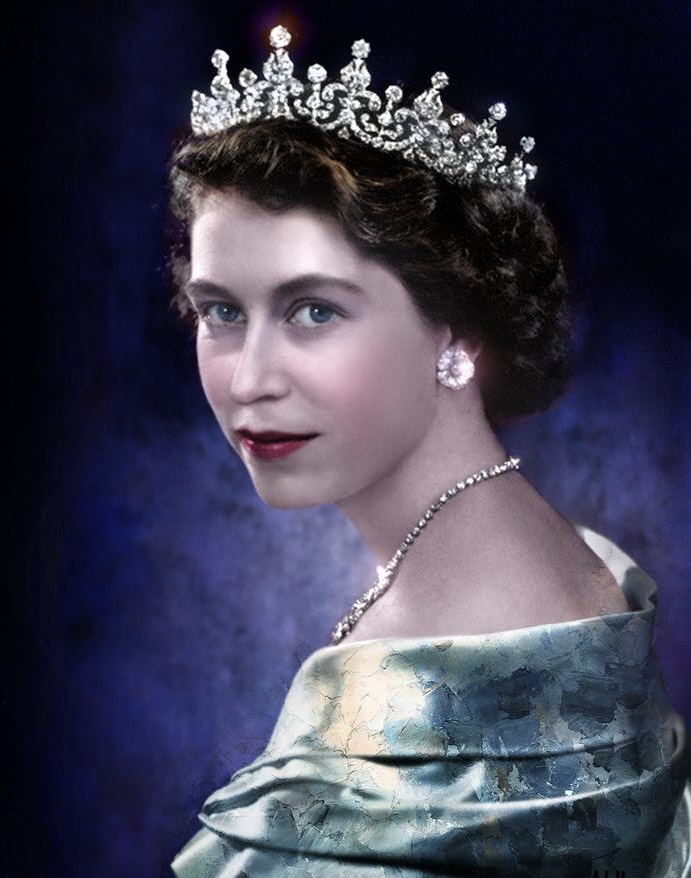 The Life and Legacy of Queen Elizabeth II of England:

On September 8th of 2022, the world was shocked to hear that the Queen of the United Kingdom and other Commonwealth realms had passed away. At 10:00 AM that morning, Buckingham Palace released a statement which read: “Following further evaluation this morning, the Queen’s doctors are concerned for Her Majesty’s health and have recommended she remain under medical supervision.” Elizabeth’s immediate family rushed to Balmoral to be at her side. She was then pronounced dead five hours later, with the cause of death identified as “old age.”

Princess Elizabeth was born on April 21st of 1926, during the reign of her grandfather, King George V. Elizabeth’s only sibling, Princess Margaret, was born in 1930. The pair were homeschooled under the supervision of their mother and governess Marion Crawford. Courses focused on history, languages, literature and music. Many of her family members, including her  cousin Margaret Rhodes, recall her as “a jolly, yet sensible and respectful little girl.”

Upon her father’s untimely death in 1952, Elizabeth assumed the crown at the age of 25. She became the queen and head of seven independent Commonwealth countries: the United Kingdom, Canada, Australia, New Zealand, South Africa, Pakistan, and Sri Lanka. The Commonwealth is a grouping of nations from around the world. Despite being historically governed under the British Colonial Empire, any nation can now request to join the Commonwealth, regardless of its connection to Britain’s colonial past.

Elizabeth ruled as a constitutional monarch, and despite carrying such a heavy title, she possessed virtually no political power in the UK, nor does her current successor, Charles III. The legislative power in the United Kingdom is vested in Parliament, as well as the House of Lords and the House of Commons. However, Elizabeth’s power was far greater. She had influential power, as the entirety of Britain viewed the royal family as the icon of grace and elegance, true celebrities. During her reign, England witnessed many life-changing events, such as WW2 and the Coronavirus pandemic. Some other important events to note include her visit to China in 1986, which marked the first time a British monarch visited the Chinese mainland, and signified a mutual agreement between England and China to maintain peace.

Elizabeth grew up in a loving and supportive family with her sister Margaret, and didn’t fail to reciprocate that love to her own children and grandchildren in the years following. During the 2021 royal scandal revolving around Prince Harry and Meghan Markle’s relinquishment of their royal patronages, they both note during an interview with Oprah Winfrey that the Queen “continued to stay supportive” throughout the process and was “always kind and wonderful” with them. On the other hand, the queen’s relationship with her daughter-in-law, Diana Spencer, was frequently the subject of criticism as it was clear she was not Elizabeth’s favorite person. According to a royal biographer, the personal relationship between Diana and her Majesty began on an uneasy note. In the earlier days, Diana was simply afraid of her mother-in-law. Though she carefully followed all the formal traditions and courtesies expected of a princess, she maintained a great distance from the Queen. Diana’s marital problems with Charles only worsened the relationship between the two, as Diana often discussed her marriage and criticized the royal family in interviews.

Perhaps one of the most trending shows right now, The Crown is a Netflix series that dramatizes the story of Queen Elizabeth II and the political and personal events that shaped her reign and the course of her life. Although very entertaining, much of the show is historically inaccurate. However, ABC royal contributor George Jobson notes that Queen Elizabeth was a regular viewer of The Crown, and watched much of it prior to her death. He mentions that “happily, she really liked it, although obviously, there were some depictions of events that she found too heavily dramatized, which is problematic as many viewers take The Crown as an accurate portrayal of the royal family.”

Ultimately, the Queen lived a remarkable life of nearly a century, and will be dearly missed. Her contributions to England will not be forgotten, and she will indefinitely be remembered as one of the most influential rulers in British history. The epitome of charm and adroitness, her Majesty now rests in King George VI Memorial Chapel in Windsor Castle.